Galicia is located in the north-west corner of the Iberian Peninsula, and has a strong maritime climate producing crisp and aromatic white wines. There are 3 wine regions; Rias Baixas on the coast, Ribeiro to the east and Minho (home of Vinho Verde) to the south. View our range.


The Rias Baixas wine region lies on the far north western coast of Spain.  This is a white wine area with the main, but not the only, grape variety being Albariño.  There are several sub-regions of which the best is Val do Salnes which is right on the coast.  The wines are fresh, with good acidity and plenty of zesty fruit.

Its inland location shelters it from the regular Atlantic storms. Warmer than Rias Baixas, the principal grape varieties are Treixadura, Torrontes, Godello, Loureiro and Albarino.

Albariño: a white variety grown in Galicia in north western Spain. In Portugal, where it is known as Alvarinho, it is sometimes used to make Vinho Verde. Wines made from Albariño are aromatic and have a high acidity
Treixadura: pronounced Tre-sh-dora. One of the white varieties used to make Vinho Verde in northern Portugal. Also grown in the north western Spain, especially in Rias Baixas and Ribeiro regions. Adds fresh, citrus fruit flavours and weight to the wine.
Torrontes: a white grape of uncertain origin, grown in Argentina, especially in Mendoza. Has a soft white fruit, floral aromatic flavour, not dissimilar to Muscat. Used as a varietal, but sometimes added to blends to give character.
Loureiro: a white variety grown in the Rias Baixas region, in North West Spain, and also in the north of Portugal where it is the main grape used to make Vinho Verde. Produces delicate, aromatic wines with fresh acidity. 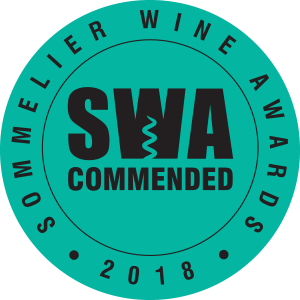 2017 Quinta Do Avelino Treixadura, Ribeiro DO

And receive 10% off your next order*