‘A beautiful surprise’ is how many domaines are describing 2020, one of the earliest vintages in Burgundy ever recorded. The resulting wines are unexpectedly brilliant. Read our report on this unmissable vintage below.

While climate change and its impact on Burgundy, and the wines, from vintage to vintage has become increasingly significant over the last ten years, it’s not all bad news as is evidenced by the quality of these 2020s.

Etienne Chaix of Volnay’s Domaine Joseph Voillot is impressed with the classic Pinot character they have captured in their wines, despite early concerns the wines would be like 2003. Sebastien Coquard, of Domaine Odoul Coquard in Morey St Denis hails 2020 as one of the best vintages he’s ever produced. Ripe tannins, high sugar and wonderful balance are evidenced in Nathalie Tollot’s wines at Domaine Tollot Beaut in Chorey Les Beaune, who describes 2020 as having ‘a lot of everything.’

We add the 2020s to a list of growing vintages marked by climate change – although arguments can be made that this could be the start of real change to the growing season and how the vines are adapting to that. Not many producers were able to draw comparisons to other vintages, but all were agreed on the ageing potential of these wines, given the tannic structure and excellent balance.

We’re excited to add some new producers to the range, and we should like to emphasise that available quantities on Grand Crus and 1er Crus is extremely limited – much of the smart money will be spent on lesser-known appellations and across Bourgogne and Villages too. As Neal Martin suggests, ‘expand your purview. Look beyond the label. Venture into uncharted appellations and unfamiliar growers… it can offer rich rewards.’ With some producers reporting a crop as low as 20% of the normal in 2021, price rises are expected for the 2020s. Early indications are of around 10 to 25% on the price of the 2019s. With 2021 being such a small vintage, enormous global demand for Burgundy and the obvious quality of these 2020s, it is hard to make the argument to skip this vintage.

A snapshot of the growing season

With the entire growing season taking place about four weeks ahead of the norm, 2020 is probably the earliest vintage in history. Once again picking dates were very important, with the early harvest dictated by the early flowering and start to the season, which carried on right through to harvest. Gevrey Chambertin’s Domaine Tortochot were not alone in describing the vintage as ‘easy’, a relief following the early concerns of drought and then the early harvest. 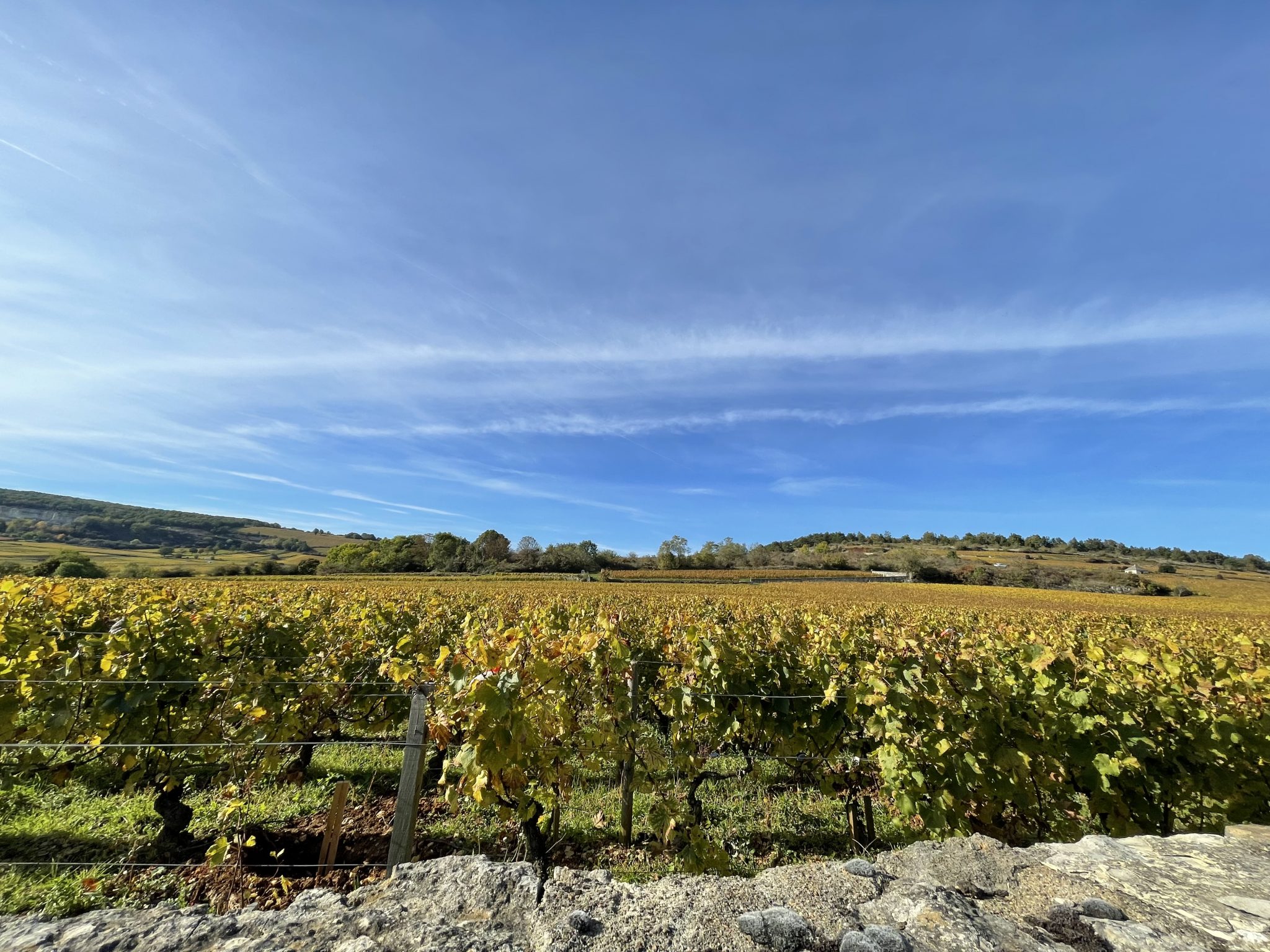 The things you’ll hear most about the 2020 vintage in Burgundy are that it was a very warm vintage with very little rainfall, and that the acidity, freshness and balance in the wines is amazing given the warmth. This is one of the warmest vintages, with some of the earliest harvest dates, on record. ‘Une belle surprise’ was declared by lots of the domaines we work with, expressing their pleasure with the resulting wines.

We were in Burgundy at the end of October and after missing last year’s visits due to the pandemic, were quickly reminded of how important it is to taste in situ with the winemakers. In vintages as mystifying as 2020, it’s even more important, where the wines are not necessarily what you might expect given the vintage conditions.

The reds are incredibly vibrant with aromatics that don’t take much effort to find. They show concentration and structure, red and black fruit, and that beautiful balance you’ll hear about again and again. It’s early, but it looks to be at least an equal to 2019 in terms of quality.

‘The best will be legendary’.
Jasper Morris MW, Inside Burgundy

The whites are sensational. Following the lovely white vintages of 2017 and 2019, this vintage has a lot to live up to, and we believe these could be some of the finest Chardonnays of the last few decades. Alex Bachelet at Bachelet Monnot believes the whites are reminiscent of the 2014s, with more depth, and with lower alcohol levels than their 2018 and 2019 counterparts. The 2020 whites have got it all.

The earliest harvest dates previously recorded were during 2003, a vintage which is famously big on dark fruit and thin on acidity. 2020 not only gives us concentration and depth, but also good acidity levels and excellent balance. We, along with most of the winemakers in Burgundy, are still scratching our heads as to how this has happened. As a general rule, when grapes ripen, the acidity levels taper off while the sugars in the grapes (and potential alcohol level) increases. In 2020 we taste both an amazing ripeness, brought about by the warmth throughout the growing season, along with unexpectedly great balance. The shorter growing season must certainly account for some of this, but with very little rainfall, it’s hard to say where these characteristics have come from in the first place.

‘There is much to admire about the 2020s’
Neal Martin, Vinous

The most popular theory, put forward by Ch. De Chamilly in Mercurey along with plenty of others, was that the drought caused the vines to shut down, stopping the grapes from maturing further, enabling them to retain their natural acidity. While some might argue that the grapes won’t reach their true biological ripeness under these conditions, Jules Lécheneaut at Domaine Lécheneaut in Nuits St Georges describes both phenolic and physiological ripeness as being spot on. Nicolas Trapet of Rossignol Trapet in Gevrey Chambertin wasn’t sold on the theory of the vines shutting down and believes the good acidity levels may have more to do with lower Potassium levels in the vine, as a result of less rainfall. Potassium, which lowers the levels, is absorbed by the vines when it rains – with no rainfall, this particular influence on lowering acidity is removed.

There are plenty of theories on the reasons for such unexpectedly positive results, much like the personal preferences regarding whole bunch fermentation, early vs later picking dates, new oak vs no oak etc. – what matters most is that the wines taste great – and in 2020 they do. With ever increasing prices on even the more modest of appellations, coupled with decreases of up to 80% on the volumes in the 2021 releases, this is an unmissable vintage for almost every wine collector.