A short guide to red wine 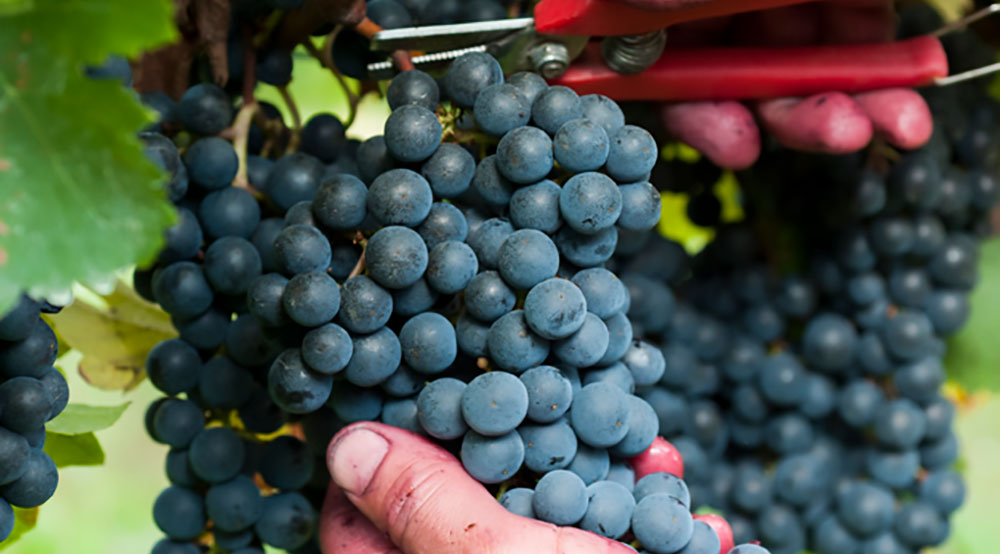 Most red wines are made from grape juice macerated and fermented with black grapes giving it a dark colour.

Unlike white wine, reds go through a period of maceration where the skin of the grape stays in contact with the must. During this process both colour and tannins are extracted from the skin. This can be done during the fermentation or prior to it, via a cold maceration. The temperature is kept cool so the fermentation process does not start. Once the juice reaches the right colour, the winemaker can increase the temperature to start the fermentation.

Light and delicate: Gamay and Pinot Noir are the most popular. Having low tannins, the resulted wines are light to medium-bodied, however Pinot Noir from Burgundy’s best sites will be intense and complex. Merlot can be fruity with smooth tannins. Wines from Valpolicella are also a great option, especially for summer with the exception of Amarone.

Rich and spicy: Malbec has become incredibly popular. Merlot, Syrah and Grenache, whether blended together or on their own, also make juicy reds with spicy notes. Tempranillo, the main grape used in Rioja, produces ripe concentrated fruits. All these grape varieties can age well in oak barrels. For some alternatives, look for Carignan, Carmenere, Mourvèdre or Primitivo.

Full-bodied and structured: Cabernet Sauvignon is the classic choice because of its body and firm tannins. Sangiovese from Brunello or Chianti are also brilliant choices. Nebbiolo from Piedmont has aromas like Pinot Noir with more structure.

This is only a short guide to red wine. Always remember both terroir and winemaking techniques have an impact on the wine which may taste remarkably different.

Cabernet Sauvignon: The most famous and widely admired red grape in the world. Cabernet Sauvignon forms the major component in most, if not all, of the Cru Classé wines in the Medoc, Bordeaux, and is today grown all over the world. It produces wines with body, richness, acidity, firm tannins and a pronounced green bell pepper flavour. It benefits greatly from maturing in oak, whether new or old.

Pinot Noir: Native of Burgundy, Pinot Noir is a capricious grape which produces intense, complex and refined reds. The wines from the Côte d’Or (Golden Coast) and Côte de Beaune are some of the most sought after in the world. It has been exported all over the globe with varying results, but is having much success in California and New Zealand, especially in South Island, and more recently in Chile’s San Antonio and Casablanca Valley.

Syrah: Native of the Rhône Valley, Syrah is grown throughout the region but is at its best in the north, in Hermitage and Côte Rôtie, where it produces wines with spicy and dark red fruit flavours, firm tannins and good acidity that age well. Cultivated widely (as Shiraz) in the new world, it is especially successful in California and Australia where it is often blend with other varieties. In the southern hemisphere, the wines are usually gentle and pungent with soft tannins.

Malbec: A red grape of the southwest of France, best known for producing the wines of Cahors.  Now a major variety in Argentina where growers have made it their own.  Also found in Chile but less prominent.  Makes fulsome wines which have warm varietal character, similar to Cabernet but with softer tannins.

Tempranillo: Spain’s premium red variety which is grown all over the country but best known for producing the red wines of Rioja and Ribera del Duero. It can produce a broad range of wine styles – from light, strawberry-scented ‘quaffing’ wines to dark, brooding Reservas with enough tannin to age for decades.  Its name alludes to the fact that it ripens early (temprano means ‘early’), which is important in the cool, higher altitudes of Rioja and Ribeira.