This vast region is the oldest wine producing area in France. Provence was the first to be planted with vines after the Greeks arrived thousand years ago. Most French wines are produced here with Languedoc-Roussillon accounting for about a third of the total production. The area has many AOC including Cahors, Cotes de Provence, Corbieres alongside VDP ‘Vin de Pays’or IGP ‘Indication Géographique Protégée’, more represented here than anywhere else in the country. This looser framework allows growers greater flexibility, and the opportunity to grow grape varieties not permitted under the AOC regulations.  There can be situations, therefore, where the lesser IGP’s can be superior to the AOC wines from the same region. View our range.

A large wine producing area in the south of France which runs from the Camargue in the east round to the border with Spain.  In fact, they are two separate areas, with the vineyards of the Languedoc lying in the plains of the Mediterranean and those of Roussillon amongst the valleys of the Pyrénées.  The full gamut of wines are here, this is France’s bargain basement.  There are many different appellations, Côteaux du Languedoc, St Chinian, Faugères, Minervois and Corbières amongst them but the region’s main strength lies in its range of Vin de Pays (now becoming IGP’s, ‘Indication Géographique Protégée’) which offer the consumer increasingly good value.  For white wines, traditional vine types such as Marsanne, Roussanne, Bourboulenc, Maccabeo, and Grenache Blanc are cultivated, with Chardonnay, Viognier and Sauvignon Blanc gaining ground; for reds, Carignan, Syrah, Mourvedre and Cinsault are used, but also international varieties such as Cabernet Sauvignon and Merlot.  Limoux, which lies in the foothills of the Pyrénées, has made a name for itself for producing sparkling wines, using a combination of Mauzac (known locally as Blanquette) and Chardonnay.  The Vins Doux Naturels of Banyuls, Rivesaltes and St- Jean de Minervois are made from Muscat and are an enjoyable (and cheaper) alternative to the grander sweet wines from Sauternes.   Languedoc-Roussillon is France’s positive response to the increasing competition from low end quality wine from other parts of the world.

A large wine area in southern France where vines have been grown since Roman times.   Made up of several regions, of which Côtes de Provence and Coteaux d’Aix-en-Provence are the most important. Thanks largely to the insatiable demands of the huge number of tourists, there is still more rosé made here than anything else, but this is gradually changing and good red and white wines are now more available that they used to be.  The main red grapes used are Mourvedre, Grenache and Cinsault, all of which can be used to make rosé, and amongst the whites, Viognier, Rolle and Ugni Blanc.  However, non-traditional varieties such as Cabernet Sauvignon and Syrah for reds, and Chardonnay, Semillon and Sauvignon for whites are gaining ground.

This interesting mountainous region, best known locally for the Gorges du Verdon, lies in the hills some seventy miles behind St Tropez.  The climate is Mediterranean but, the thanks to the cooling breezes created by the mountains, the nights are cool.  Maison Louis Latour has planted vineyards in this area and is having great success with Pinot Noir.

Sweet wine area in Bergerac in the Dordogne region in south western France, producing intense, sweet wines which, although they are less refined, are similar to Sauternes.  The grape varieties are Semillon, Sauvignon, and Muscadelle which is an important part of the blend.  Thanks to the early morning mists that rise from the river Dordogne and its tributaries in autumn, the grapes are affected by botrytis and are concentrated and luscious.

A vine growing area in the south west of France in the Lot, lying to the west of  Bordeaux.  Red wine only, Malbec being the only permitted grape variety.  Known in the past as ‘the black wine of Cahors’, due to its deep colour and robust tannic structure, these days growers have bowed to the tastes of the modern consumer and are making wines which, if not exactly delicate, are softer and more welcoming.  Together with producers in Argentina (where Malbec is a star variety) they are doing much to build up Malbec’s reputation.

Situated in the Gers, this is one of largest Vin de Pays areas in the south west of France.  The majority of which by far are white, mostly dry, but there are few sweet whites made also.  The white grape varieties are mainly Gros Manseng, Petit Manseng, Colombard, Ugni Blanc and Sauvignon.  The red varieties are Tannat, Cabernet Sauvignon, Merlot, and Cabernet Franc.  This is Armagnac country and many growers distil much of the white wine they produce.  Côtes de Gascogne white wines are generally fresh and aromatic with pungent, citrus fruit flavour. 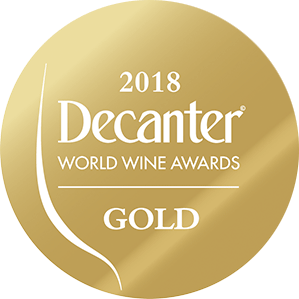