‘Quite simply, these are some of the finest Riojas that can grace your cellar: complex, refined, classic but without compromising fruit intensity and to reiterate: wines that speak about where they come from.’
Neal Martin, The Wine Advocate 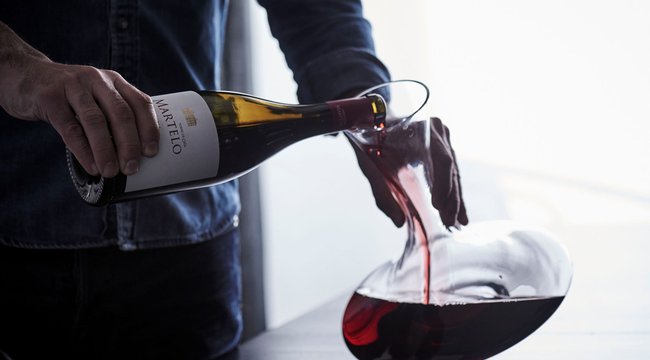 Amongst Spain’s most revered producers, La Rioja Alta consistently ranked as a ‘1st Growth’ in Tim Atkin’s annual Rioja report, release only the fourth ever vintage of the Martelo Reserva from their Torre de Oña property.

Referred to as ‘our little Burgundy inside Torre de Oña’ by Julio Sáenz, Technical Director of La Rioja Alta, ‘because it represents the idiosyncrasy of a very specific place in Rioja Alavesa’.

Torre de Oña became part of the La Rioja Alta family in 1995 – it is situated in the Rioja Alavesa subzone where the chalk soils and old vines lend themselves to a fuller, more modern style of wine. Although known for their ultra-traditional style at La Rioja Alta, the wine produced here blends the modern and traditional approaches, with the use of both French and American oak and maturation for a shorter period in barrel (24 months).

The new wave of Viñedos Singulares has seen many Rioja producers focusing on single vineyard and regionally representative wines, however, La Rioja Alta styled Torre de Oña as an innovative ‘Chateau’ concept from the early days, making wines to reflect a specific site rather than blending as is traditional with Rioja.

From a single 2-hectare plot at their Torre de Oña estate in Rioja Alavesa, La Rioja Alta have left no stone unturned in perfecting Martelo, with the 2016 arguably the finest vintage they have released. After spending 20 years discovering the finest plot on the estate, the wine is produced with the grapes from their oldest vines, mostly Tempranillo (94%), with small amounts of Mazuelo, Garnacha and even Viura representing the vineyard’s traditional blend.

Martelo is fast becoming one of the jewels in the La Rioja Alta offering – and although impossible to resist now, this will evolve and drink very well over the next 15 years. A case for drinking and a case for the cellar are highly recommended.

Offered under bond. Price shown is for one case and excludes UK duty and VAT which will be charged at the prevailing rate when the wine is released from bond. Expected in the UK Autumn 2022. Onward delivery from bond charges are not included, free delivery on orders above £100 does not apply. Please see full storage and delivery details here.