Though wine has been at the heart of Davy’s since it was founded by Francis Edwin Davy in 1870, it’s our team who are the soul of the company, able to nurture and grow relationships with the world’s finest wine makers and our customers.

Current Chairman James Davy is the 5th generation of the family to work in Davy’s, a family-owned, family-run and independent wine business. Across our wine merchants, wine bars and restaurants we employ over 400 people. The Offices and Cellars are based in Greenwich with the shops, bars and restaurants spanning St. James’s in the West through the City heartland to Greenwich in the east.

As wine merchants we supply an ever growing range of bars, hotels, restaurants and caterers in addition to private and corporate customers such as universities, colleges and companies – not only locally but countrywide too. We also make wine available en primeur, we cellar wine on behalf of customers and offer wine through several wine shops in London, on-line and via mail order. An absolute dedication to service is what we have built our reputation on, since being established in 1870.

Our relationships with wine makers and producers from all over the world give us access to some of the finest wines available. Many of our suppliers are small family businesses sharing the same values and aspirations that we do. We offer wine education to all our teams and take great pleasure in not only providing great quality wines with a first class service, but also being in a position to offer the very best advice.

Andrew oversees the merchant team and day to day operation, involved with buying, selling, warehousing and anything in between.   Principle buyer for Davy’s working closely with James he is ever expanding the portfolio to discover the next gem or latest trend.  A seasoned traveller and lover of all wines he has a soft spot for Italy and the classic regions of France. He has two decades in the wine industry starting at Corney and Barrow, has a BA (Hons) in Business and holds the W.S.E.T Diploma. Outside the office he has a passion for travel, all food and keeps connected to his Devon roots by supporting the Exeter Chiefs.

Ben joined Davy’s as Head of Private & Retail Sales in 2018 following several years as part of the Berry Bros. & Rudd fine wine team, where an eye for spotting trends in the market was sharpened, alongside an insightful understanding of fine wine customer’s needs. His passion for wine was ignited over 15 years ago working part-time for Oddbins while studying Philosophy at Kings College London. He has a soft spot for the fortified wines of the Douro and Jerez, older Burgundy and Barolo, as well as Margaret River Cabernets; he’s also a known advocate of Aligoté and ‘Les Aligoteurs’!

Celia spent a year travelling and working across the Americas before she decided to settle in London. After various experiences in hospitality, off trade and on trade, she achieved her WSET diploma and joined Davy’s Wine Merchants in 2014 where she manages private and corporate sales. Hailing from Champagne, she always enjoys a glass of bubbly, but her favourites are deep red Cabernet Sauvignon, Sangiovese and Tempranillo. In her spare time, she loves hiking and enjoys travelling to southern Europe exploring the local culture, food and wine (obviously).

John started at Davy’s in February 2019 and is helping with all aspects of the fine wine offering. He previously worked in the meetings and events industry, before his love of wine led him to take the WSET Diploma, followed by a move in to the wine trade with specialist importer Clark Foyster Wines. When not indulging in the wines of the Rhone, Piedmont, Burgundy or Austria, John spends his free time following the (mis)fortunes of Reading Football Club, visiting Italy and eating in as many of London’s restaurants as his bank balance will allow.

Angus started working for Davy’s in December 2015 when he joined the Greenwich Wine Shop team. After six months he moved to the Merchants to focus on events organisation and sales. Angus enjoys planning a wide range of events for Davy’s and as an ex chef he loves the food and wine matching element.
He likes a variety of wines, but his favourites have to be Pinot Noir and Chardonnay from Burgundy! Outside work Angus is a big fan of rugby and cricket and continues to cook every day.  He also likes to ski when he can.

Sam developed a keen interest in wine whist spending a couple of years working and travelling in Australia, Samoa and New Zealand. After managing a restaurant in Auckland, he packed his bags and drove around New Zealand visiting as many vineyards as he could in a month! He joined Davy’s Wine Shop in 2012 and in 2014 became its manager. Sam has recently completed the WSET Diploma in Wine & Spirits. His desert island grape is Riesling, or for an authentic desert island theme…some dark rum preferably Zacapa XO. Outside shop hours, you can find him at other tastings or watching Arsenal.

Hailing from the Borders in Scotland, Francis heads up the wholesale division and has been with Davy’s for a number of years starting out in our Greenwich Wine Shop before moving across to the sales team. He has gained detailed insight into both the on and off trade whilst working with the company and leads his team with enthusiasm. A loyal Scotland rugby fan, through both the highs and lows, Francis enjoys an occasional wee dram of whisky along with an array of different wines.

Jake started out his career in the wine trade with Majestic. Following 1 year on the graduate management scheme, he made a switch into the wholesale division with London Wine Shippers in 2015, whereby he established himself within the on-trade looking after restaurants and bars in London, as well as overseeing the majority off-Trade accounts. Two and half years later, Jake joined Davy’s wholesale division managing regional and London on-Trade as well as Off-Trade accounts. In his time off, you will find Jake playing tennis as well as exploring London for fun wine bars and restaurants. 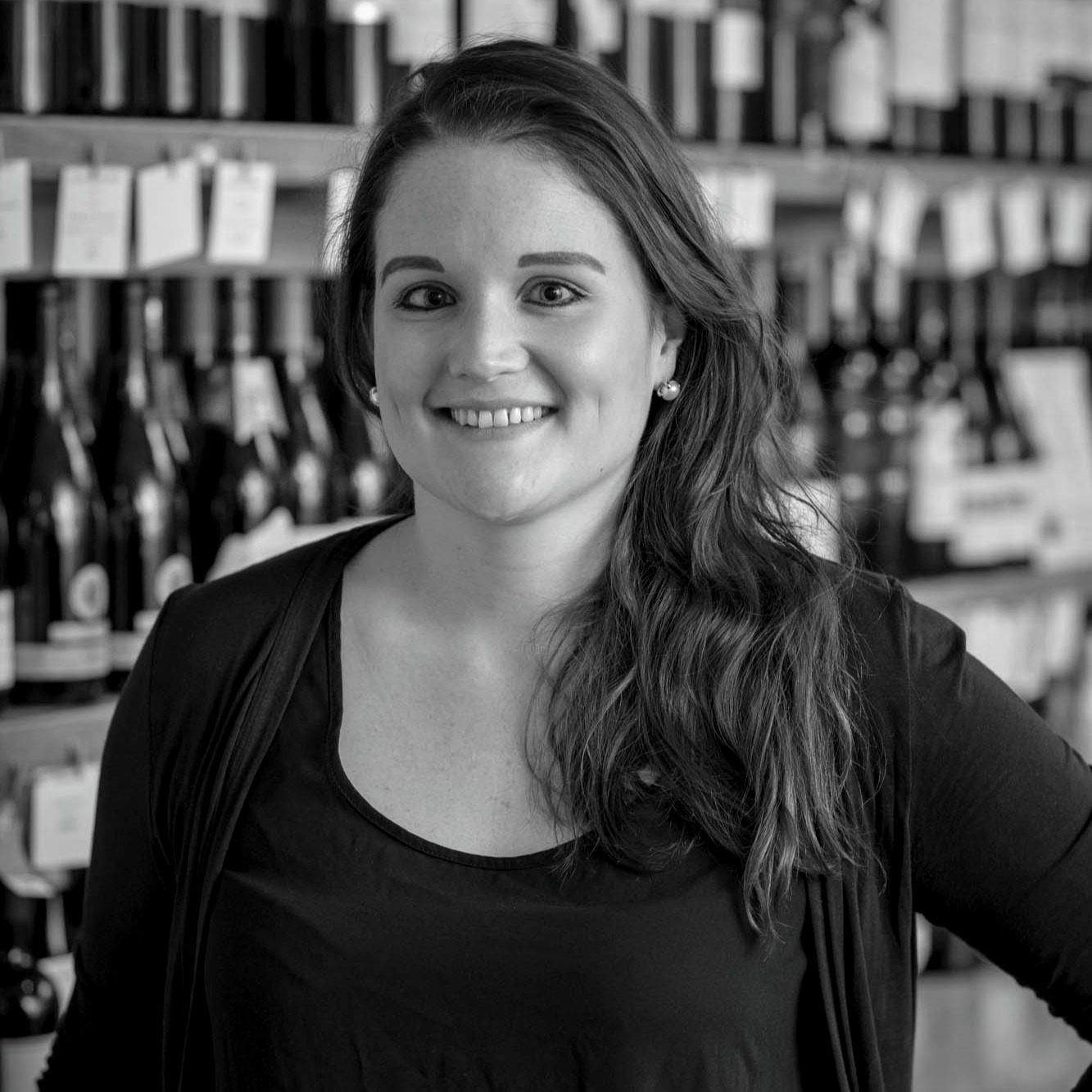 Having joined Davy’s in 2012, Lucy had a ‘gap year’ to go live in Southern China and travel in Asia. After rejoining the fold in 2015, Lucy now heads up the in-house sales support team for the Wholesale Division, organising the sales team and beyond. She has achieved WSET Level 3. Born and bred Londoner, she attempts to visit as many wine regions as possible with Franschhoek in South Africa being her favourite to date. Lucy enjoys many styles of wine and will never knowingly turn down a glass of Champagne.

Katya moved to London from Belarus in 2006. After completing MA in Arts Management and 8 years working at an auction house, she became interested in wine and gradually moved from the art to the wine industry. After working at Oddbins and Winerist, Katya followed her passion for Italian wine, food and culture and spent 1.5 years at a cooking school in Tuscany. She returned to London in February 2018, joined Davy’s and started her WSET Diploma. Katya loves discovering wines from small independent producers all over the world, but Italian Barolos, Brunellos and Chianti Classicos remain her top favourites.

Dan had 5 years of experience in shipping and logistics, most of which in the wine trade, before he joined Davy’s in October 2014 to manage all aspects of stock and inventory planning. He has now achieved his WSET level 3. After having lived and worked in Spain for 3 years, he usually opts for a Spanish wine – whites from the North West or a Ribera del Duero. Outside of work, he’s a big foodie, a long suffering fan of West Ham Utd and enjoys an afternoon in a country pub when possible.

Jaime joined our team on March 2019, bringing his warehouse and transport experiences gained in London over five years and an additional ten years in Chile, Bolivia and Brazil. Born in a traditional Chilean family, where conviviality is important, he was introduced to Central Valley’s Cabernet Sauvignon at an early age. Drinking a glass of Chilean Cabernet always brings him happy family memories. Jaime is also a big fan of rugby, as he used to play and would never miss a match supporting his favourite teams.

Simon joined Davy’s 10 years ago after working for pub owners and wine merchants J. T. Davies & Sons Limited for over 30 years. He is now in charge of planning and routing our deliveries within the London area. Simon is a huge Chelsea FC’s supporter and follows his team across England and Europe whenever possible. Although he does enjoy ciders and beers, his European travels and work experiences gave him the opportunity to taste various wines, Gewurztraminer being a favourite.