A short guide to sherry 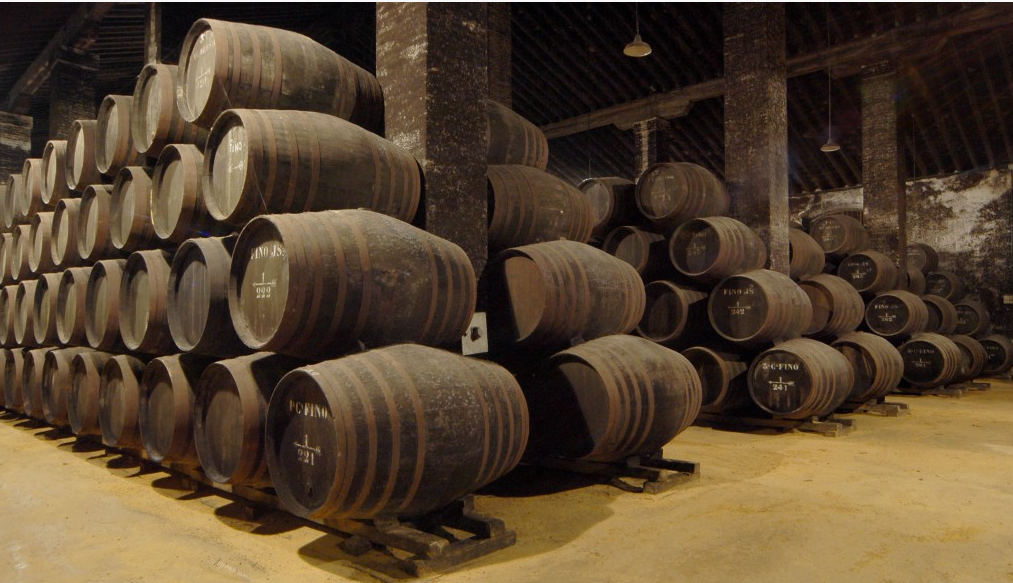 Want to learn more about sherry?

Our guide to fortified wine covers the various styles of sherry, how it is made and when to drink it.

A fortified dry white wine has been known in Andalusia, the hot and dry south western corner of Spain, for centuries, yet sherry as we know it today most likely tasted very differently back then. Until the introduction of the Solera system in the second half of the 19th century, sherry was pretty much like any other still white wine.

Sherry is produced within the so called ‘Sherry Triangle’, formed by the main city of Jerez de la Frontera, Sanlúcar de Barrameda and El Puerto de Santa María, where the bodegas storing and ageing the wine are located. The chalky soil of this area is ideal to grow Palomino, representing 95% of the production, alongside Pedro Ximenez (or PX) and Muscat of Alexandria which are mainly used to add sweetness to the blend, although varietal wines also exist.

Export trade in the region was established in the late 15th century, mainly with England and France. By the end of the 16th century, the tension between England and Spain escalated, worsened by Sir Francis Drake’s raids. Drake attacked Cadiz in 1587, on the orders of Elizabeth I, damaging the Spanish Armada. As a result, he brought back to England 2,900 ‘pipes’ of wine, thus making sherry a popular drink in the Elizabethan England and up until the 20th century. In the 1980s, the style fell out of fashion but it is now regaining popularity, thanks to a higher production of vintage sherries and the introduction of en rama or ‘raw’, a very lightly clarified sherry.

Once fermented dry, the wine is categorised and kept separated, before the ageing process starts (via the Solera system) in order to produce different styles of sherry.

These dry styles of sherry are fortified with grape spirit to achieve 15-15.5% abv. This level of alcohol allows a layer of yeast to be naturally formed on the surface of wine. This yeast, called flor, protects the wine underneath from the effects of oxygen, keeping the pale lemon colour and giving Fino and Manzanilla their distinctive yeasty, salty flavours. Manzanilla is the same as Fino but its grapes are sourced from Sanlucar de Barrameda, where the climate is influenced with the Atlantic ocean encouraging a thicker flor than in Jerez (where Fino is made) resulting in a drier and lighter style.

This medium dry style is made from Fino and Manzanilla sherries, which saw the flor disappearing after a certain period of time, either naturally or intentionally. Aged half of the way as a Fino (under flor) and the other half oxidatively like an Oloroso. Amontillados are nutty with a touch of yeasty notes.

This naturally dry sherry is fortified to over 17% alcohol, which inhibits the appearance of the flor on the surface. Oloroso sherry are aged in contact with oxygen, giving it an amber colour, dried fruits and nutty aromas. They are usually blended before sale with sweet wine made from sun-dried Pedro Ximenez and are often referred to as Cream Sherry.

This is a rare style of sherry which starts as a Fino, initially aged under flor, but quickly loses its flor and begins to age oxidatively as an Oloroso.  Palo Cortado should have the aromatic refinement of an Amontillado combined with the structure and body of an Oloroso.

All sherry (except for vintages) are aged via the Solera System so the style remains the same year after year. This system is a series of casks, or ‘scales’, of different ages with the top tier (criadera) containing the youngest wines and the bottom tier (solera) the oldest. When the wine is ready to be bottled, it is drawn from the bottom tier which is then replenished with the wine from the criadera above it. Each criadera, in turn, is mixed with the wine from the criadera above them until the top tier is filled with young wine. Each top up quickly assumes all the characteristics of its new environment and in this way, a continuous stream of mature wine is maintained.

How to drink sherry?

Sherries are best drunk chilled. Finos and Manzanillas should be well-chilled while other styles can be enjoyed at 12-14C. They can be matched with a variety of dishes. Fino and Manzanilla, with its dry salty ‘sea’ flavour and light style, go perfectly well with almonds, olives, Iberico ham, seafood, fish, sushi and soft cheese. These styles also cope very well with foods that are generally hard to pair with other white wines, for example, asparagus and artichokes.

Amontillados due to their ‘in between’ style can be easily matched with mushrooms, chicken and hard cheese. Olorosos have more intense flavours and a rich texture so they can withstand heavier food like game and red meat. Cream sherries and Pedro Ximenez work really well with desserts and puddings.