The Sherry district spreads over Jerez de la Frontera, Sanlucar de Barrameda and Puerta de Santa Maria. The chalky soil in this hot, dry south western corner of Spain is ideal for the cultivation of the grapes used to make sherry, Palomino, Pedro Ximenez and Mucat of Alexandria. View our range.

How to make sherry?

Once the fermentation has ceased the wines are fortified with grape spirit and the casks are then selected according to the style for which they are intended.  Wines destined to become Fino (or Manzanilla) are encouraged to grow ‘Flor, a yeasty type of growth that covers the surface of the wine protecting it from the air, whilst at the same time imparting a special and unique character.  Those which are to become Oloroso are allowed some contact with oxygen which helps to give them their warm, ‘nutty’ flavour.

All sherry is then matured through the solera system, a series of casks, or ‘scales’, of different ages.  A small amount of wine is drawn off the oldest scale, which is then replaced with wine taken from the next oldest with that in turn being refreshed, and so on down the line.  Each top up quickly assumes all the characteristics of its new environment and in this way, a continuous stream of mature wine is maintained.

Fino and Manzanilla: the basic types of sherry which are dry. Manzanilla’s grapes are sourced from Sanlucar de Barrameda, a wetter climate than Jerez, producing a more delicate style of sherry.
Amontillado: made from Finos which after a period of time, have lost their Flor, medium dry style.
Oloroso: naturally dry but most often blended before sale with sweet wine made from sun dried Pedro Ximenez. These are often referred to as ‘Cream Sherry’.
Palo Cortado: a rarer style which starts life as a Fino but, having lost its Flor, begins to develop as an Oloroso.

Palomino: white grape best known as the main variety used to make Sherry in Jerez, in the south of Spain. Grown also in South Africa and Australia. Well suited to producing fortified wines.
Pedro Ximenez: white grape best known for its part in the production of rich lusciously sweet Sherry. Makes dry wines in Catalonia, Extramadura other regions of Spain. Grown in Australia in small quantities, where it is used to make both fortified and table wines. 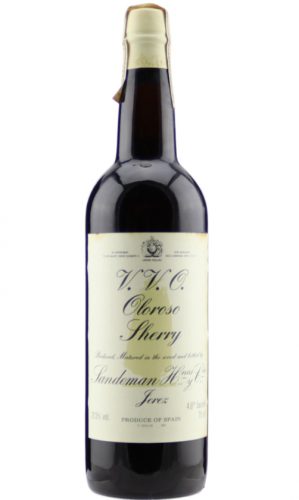 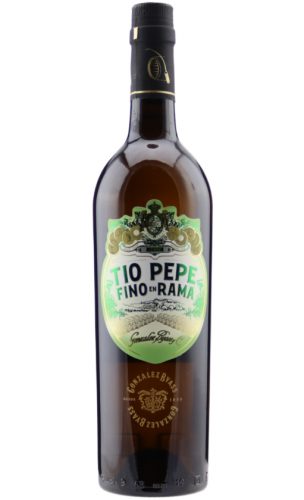