The largest and one of the most important wine growing regions of France, which lies to the south west, along the Gironde estuary. There are many different styles of wine made here, red, dry and sweet whites, rosé, and sparkling.  Although there are other worthy regions, the main areas are the Medoc (including the Haut Medoc which is subdivided into St Estephe, Pauillac, St Julien, and Margaux), Graves, and Sauternes; and on the right bank the principal communes are Pomerol and St Emilion. View our selection.

In between the Dordogne and Garonne rivers lies an area of large production, mostly appellation Bordeaux or Bordeaux Supérieur.  Bordeaux’s red wines extend from humble a/c’s such as these to some of the great ‘Grand Crus’ which are renowned the world over.  The white wines, especially the intense botrytis affected sweet wines of Sauternes, cover a similar range of quality.  The principal red grape varieties are Cabernet Sauvignon, Cabernet Franc, Merlot, Petit Verdot and a small amount of Malbec; the white varieties are mostly Sauvignon, Semillon and Muscadelle.  The top estates of the Medoc were classified in 1855 into 1st, 2nd, 3rd, 4th, and 5th Growths, and Crus Bourgeois with, illogically, Château Haut Brion, which lies in the Graves, being included as a 1st Growths.  St Emilion over the years has undergone several classifications but their top wines are now classified as St Emilion Grand Cru Classé, and St Emilion Premier Grand Cru Classé, Class A and B.  Pomerol, which includes many of Bordeaux’s most famous names, has never been ranked in this way.

The Medoc, which follows the Gironde estuary northwest from the town of Bordeaux, is in two sections.  The Bas Medoc, which lies to the north, is a good source of decent wine, but it is the southern part, the Haut Medoc, that is of most interest.  Thanks to its high concentration of top estates, or Châteaux, this must be the finest strip of vineyard land anywhere in the world.  The region is divided into communes, or villages, the most northerly of these being St Estephe.  Moving back towards Bordeaux, Pauillac comes next, then St Julien and on to Margaux; there are two further, lesser, districts, Listrac and Moulis, which lie well back from the river to the west.  Each has its own appellation, with its individual terroir and particular character.   Any land lying in between qualifies only for the simpler appellation, Haut Medoc.  Cabernet Sauvignon, Merlot and Petit Verdot are the grape varieties used in the Medoc and, whilst each Châteaux will employ these in different proportions depending on their soil or their inclinations, these are common to all.  The way wine is made here is both traditional and forward looking, with ageing in oak for some period of time before bottling being commonplace.  The red wines of Bordeaux were classified in 1855 for the Paris exhibition of that year into 1st, 2nd, 3rd, 4th, and 5th Growths; with the exception of only one (Château Haut Brion, in the Graves) all who made the cut were from the Medoc.  Only one estate, Château Mouton Rothschild, has managed to get itself upgraded since then.  This classification is still valid today.

Margaux, which includes Cantenac, Labarde, Soussans, and Arsac, is the most southerly of the Medoc communes and lies only a stone’s throw from Bordeaux.  There are several different types of soil, including some chalk and clay, but it is the large amount of gravel (which gives good drainage) that helps give the region its special character.  It is generally accepted that wines from Margaux are rounder and silkier than from other parts of the Medoc but, due to more sophisticated wine making and a changing climate, such distinctions are becoming less clear than they used to be.  There are more Cru Classé Châteaux in Margaux, including Palmer and Kirwan, than in any other commune, many of which have vines in different areas to take advantage of the diversity of terrain.  The most important by far, however, is Château Margaux, one of the greatest of the 1st Growths.

Two communes in the Medoc region of Bordeaux which are set well back from the Gironde estuary, to the west of St Julien and Margaux, on a gravelly plateau.  Both have their own appellation.  Wines from Moulis are considered to be the more refined, Listrac to be more robust and tannic.  There are no Cru Classé Châteaux in either commune, but there are several top Crus Bourgeois which carry a reputation akin to that of a good 4th or 5th Growth.  The grape varieties are Cabernet Sauvignon and Merlot and a little Cabernet Franc.  Both Moulis and Listrac are growing in reputation and offer good value.

Lying between St Estephe to the north and St Julien to the south, Pauillac is arguably the grandest commune in the Medoc, boasting no less than three 1st Growths, Châteaux Mouton Rothschild, Latour and Lafite.  The gravelly slopes which overlook the Gironde are perfect territory for the two main grape varieties grown here, Cabernet Sauvignon (which in Pauillac is the more important of the two) and Merlot.  In addition to the 1st Growths, there are many of Bordeaux’s finest estates within its borders.  Paulliac wines are generally amongst the richest and most opulent in Bordeaux.  Unusually for the Medoc, there is one outstanding dry white wine produced here, Blanc de Lynch Bages, which is made from Sauvignon Blanc, Semillon and Muscadelle.

Wine producing commune which lies in the Graves, just to the south of Bordeaux, on the left bank of the river Garonne.  Unusual for Bordeaux in that its white wines are almost as celebrated as it reds.  Château Haut Brion, the only estate classified as a 1st Growth in 1855 outside the Medoc, is situated here.  A largely forested area, the soil is, as the name ‘Graves’ would indicate, mostly gravel.  The red grape varieties used are Cabernet Sauvignon and Merlot, with some Cabernet Franc and Petit Verdot; the white varieties are Sauvignon Blanc and Semillon.  The wines of Pessac-Léognan had their own classification in the 1950’s but this does not have the significance of the 1855 Classification in the Medoc.  Red Graves are rounded and generous, with firm but gentle tannins; the whites, the best of which spend some time in oak, are spicy, rich and aromatic and amongst the best dry white wines in France.

Although there is no official pecking order as in other parts of Bordeaux, the wines (exclusively red) of Pomerol have an aura and prestige that few can match.  The region, one of the smallest of the major Bordeaux viticultural areas, lies on the right bank of the Dordogne, to the north east of Libourne.  The vines, almost entirely Merlot, are planted on a gravelly plateau although there is some richer soil to the east near the border with St Emilion.   The wines made in Pomerol have a powerful, velvety opulence which mark them out from all others.  The greatest name by far here is Château Petrus, but production is so small and the demand so huge, that this is hard to come by.  The satellite appellation, Lalande de Pomerol, lies to the north of Pomerol and offers good value.

A large and important wine producing district in Bordeaux, lying on the right bank of the Dordogne river.  There is a considerable variety of soils in the area but in general terms it divides into two main regions, the limestone terrain in and about the town of St Émilion and the gravelly plateau to the north west, near neighbouring Pomerol.  The grape types employed here are Cabernet Franc and Merlot, there is a little Cabernet Sauvignon grown but this is of relatively minor significance.  There have been various classifications of St Émilion wines over the years, with the most recent being undertaken in 2012.  This graded the top Châteaux as either Premiers Grand Crus Classés Class A or B, or as Grand Cru Classés.   At their best, the wines of St Émilion are deep and intense, with good levels of acidity, and tannins that are less austere than found in the Medoc.  The town itself, which is built on a hillside, is as pretty as any you will find in the Gironde and is a popular tourist destination.    The four satellite appellations to the north which carry the St Émilion name, Montagne, Puisseguin and Lussac and St Georges, offer good value, but they are quite separate regions.

Lies just above Pauillac and is the most northerly of the four main communes in the Medoc.  It may have fewer ‘Cru Classé’ Châteaux than its peers but what it lacks in numbers is in part compensated for by prestige – Châteaux Montrose, Cos d’Estournel, and Calon Segur are all situated there.  The soil is similar to other parts of the Medoc, gravel with some clay, and its climate is dominated by exposure to the Gironde.  Cabernet Sauvignon is the most important grape variety followed by Merlot, with many owners adding some Cabernet Franc and a little Petit Verdot.  The wines of St Estephe are generally accepted as being fleshy and full but  more austere and longer lived than those from the communes to the south.

The smallest of the top four Medoc communes, St Julien lies below Pauillac, with Margaux lying to the south although there is the buffer zone of Cussac in between.  There are many top Cru Classés here, including some illustrious names such as Ducru Beaucaillou, Gruaud Larose and the three Leovilles, Lascases, Barton and Poyferré.  The wines may be less powerful than those of Pauillac but they are elegant, charming and generous and, anyway, in this modern age, such distinctions are becoming somewhat blurred.  The soil is the gravel typical in this central part of the Medoc, and the grape varieties grown are the classic mix of Cabernet Sauvignon (the largest component in most blends), Merlot, Cabernet Franc and a little Petit Verdot.

A sweet wine area which lies to the south east of Bordeaux on the left bank of the Garonne, near Langon.  The region is made up of five communes including Sauternes, the others being Barsac (the only one other than Sauternes allowed to use its own name), Bommes, Fargues and Preignac.  The grape varieties are Semillon which is normally the largest part of any blend, Sauvignon and Muscadelle.  The autumn mists rising from the River Ciron encourage the growth of Botrytis cinerea, or ‘noble rot’, on the grapes which penetrates the skins allowing the moisture within to evaporate thus concentrating the sugars.  At the same time it imparts its own inimitable flavour.  The yields are, as a consequence, low but the wines have a ravishing sweetness matched by a ripe and exhilarating acidity.  There are no other wines that can match them anywhere else in the world.  The wines of Sauternes were part of the Classification of 1855 (see under ‘Medoc’ for details of this) and include one First Growth, Château Y’Quem.

The large area between the rivers Dordogne and Garonne in the Bordeaux area.  Wines made here usually have the simple Bordeaux Appellation although there are some Bordeaux Supérieur’s.  Red wines are made from Cabernet Sauvignon and Merlot, whites from Sauvignon, Semillon, Ugni Blanc and Muscadelle. The Premières Côtes de Bordeaux (good reds, sweet and dry whites), a long narrow strip that runs from Bordeaux town to Cadillac, lies within this area but has its own a/c.  On the other side, across the Dordogne from St Emilion, lies the small a/c of Graves de Vayre. 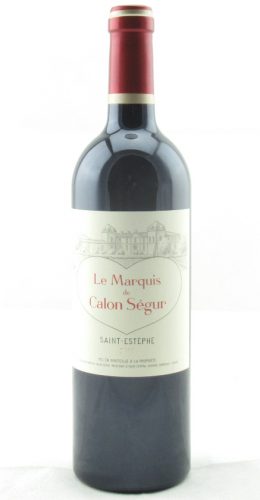 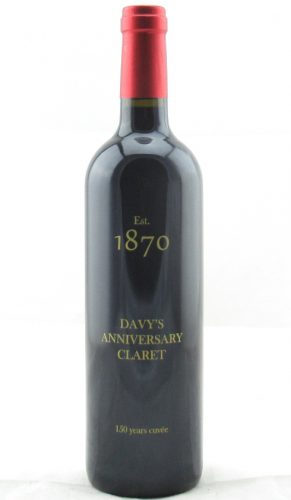 2017 Château Beaumont, Cru Bourgeois Haut-Médoc – Half bottle Out Of Stock

2016 Château Angludet, Margaux Out Of Stock 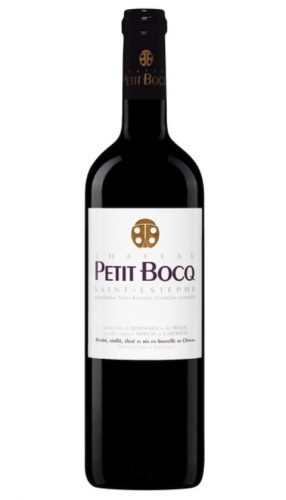 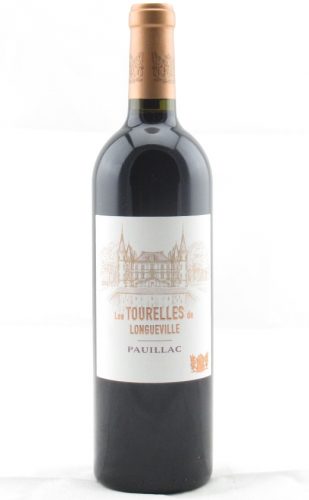 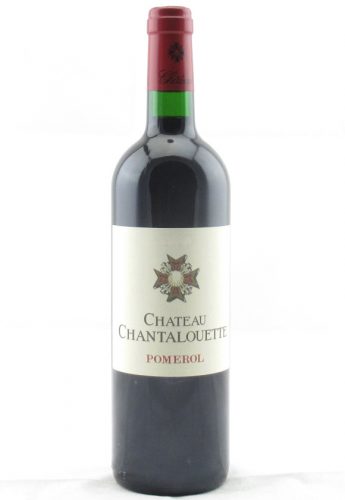 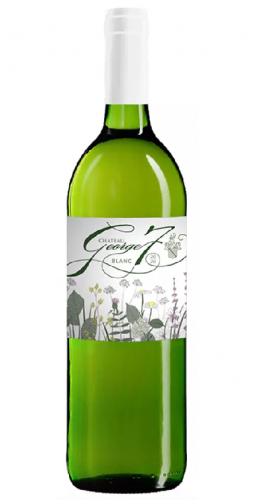 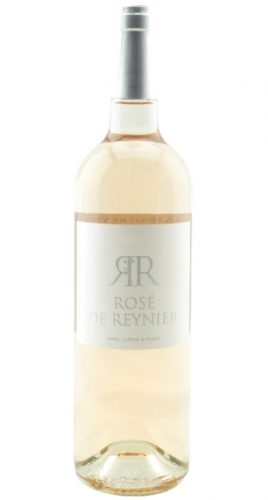 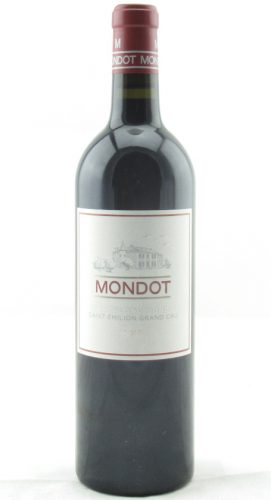