How to start a wine cellar – a beginner’s guide 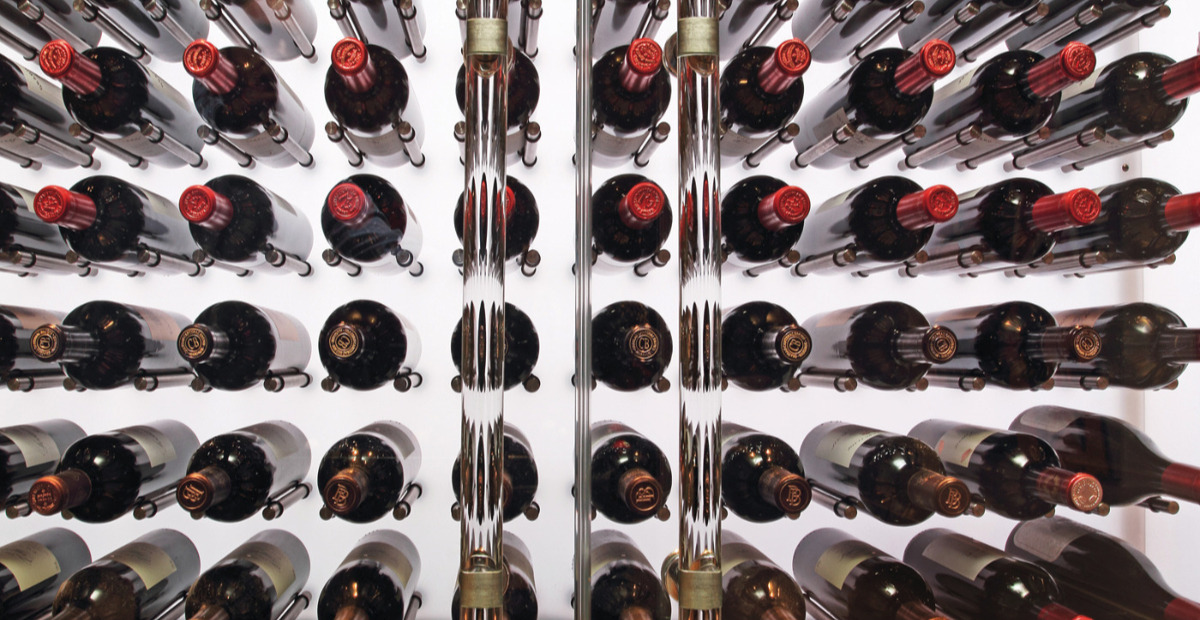 If you have an idea of the sort of wines you like or would like to know more about and somewhere relatively cool to store your wines (between 10’c and 15’c is ideal), you’re off to a very good start. If you’re still none-the-wiser, don’t worry, the team at Davy’s Wine Merchants are here to help.

Which region and grape should I choose for my wine cellar?

Each region has its own climate, soil and winemaking tradition so there are plenty of different styles to discover.

Most of us have heard of Bordeaux, Burgundy, Champagne, Rioja and Chianti for good reason – like a classic book, the world’s most established wine-producing regions deliver to great expectations time and again. But, beware, quality can vary within regions.

To make things simple, we have listed some benchmarks and a few of our favourites. The wines below truly represent the style of their region, represent great value and can be enjoyed over the next few years. A great way to start exploring your tastes.

In the South-West of France, typically medium to full-bodied, wines range from younger drinking to ‘built for the cellar’. Predominantly Cabernet Sauvignon and Merlot, with Sauvignon and Semillon used in the dry whites and dessert wines. Some examples can show grippy tannins in youth that integrate majestically with oak and fruit in old age.

Our favourite from the Médoc – Château du Moulin Rouge

Over to the East of France, the Cote d’Or runs from Dijon at the most northernly point to the lowest reaches of Beaune at the southern end. Chardonnay dominates the whites, while the Pinot Noir from Burgundy produces some of the most revered wines on the planet.

The Rhône valley runs nearly 200km from Lyon in the north to Avignon in the south. The red wines of the north differ somewhat in style to the wines of the south, where the former, largely made from Syrah/ Shiraz can show more freshness and elegance, while in the south the wines can be rich, ripe and powerful – predominantly made from Grenache. Dry white wines as well as perfumed floral whites are produced from Viognier, Rousanne and Marsanne. A

In the north of Spain, red wines are made in Rioja from Tempranillo, Garnacha and Graciano. Viura is the most widely used grape for white wines, with increasing significance placed on Malvasía. Oak plays a very important role in the ageing of red Rioja and the wines can be medium to full bodied and show beautiful freshness in balance with rich red fruit and cedar and vanilla from the oak influence.

Famed for Chianti, Brunello di Montalcino, Montepulciano and ‘Super-Tuscans’ – Sangiovese produces largely medium bodied wines with some full-bodied examples. Freshness, red and black fruit including cherry and blackcurrant, dried herb and a touch of game can all be found in tasting wines form this region.

The most up & coming region in Europe. Frequently compared to Burgundy for its rolling hills, microclimates and a noble single variety of grape, Piedmont has a character all of its own, producing whites and reds across the spectrum from some truly fascinating grapes including Cortese (di Gavi), Arneis and Chardonnay in white, and Barbera, Dolcetto and Nebbiolo in red.

Be adventurous with your wine

Don’t be scared – if you’re open to experiment with wine you’re not familiar with, you can be wowed. International grape varieties are now grown worldwide to critical acclaim and vie in quality with their native counterparts. For instance, there is superb Sauvignon Blanc in the up and coming Maremma region in Tuscany, like Montauto’s Gessaia. There are new world wonders too, such as the powerful Finca Sophenia Synthesis Malbec from Argentina, and one of our favourite new world Pinots from the Burgundian inspired and undiscovered South-African Star: La Brune Pinot Noir.

There are many, many regions that fly under the radar. Using indigenous grape varieties, wines can last for decades: Gilvesy’s Varadi Furmint from Hungary is a superb alternative to premier cru Chablis, while Vinho De Talha’s Bojador Tinto Espaço Rural in Portugal will please even the most discerning of palates.

How do I choose the best wines for my cellar?

There’s no hard and fast – focusing only on red and white will deprive you of the almost infinite and gastronomic possibilities offered by sparkling, sweet and fortified, including Port & Madeira. Sparkling wines aren’t just for parties and can work as an aperitif nicely, while Vintage Champagne will need time to reveal its full potential. The same goes for Port and Madeira, the latter being pretty indestructible and will last for generations.

How many bottles do I buy?

Especially true for wines that you might like to see develop over a few years, buying at least a few bottles of the same wine will allow you to follow its journey and build on a growing understanding of the grape, the region and the vintage.

We’d recommend looking at three to six bottles of any wine that falls in to this bracket. Some people enjoy their wines when fully matured with developed tertiary notes of leather, mushroom and tobacco, while others prefer them young, with fresh fruit or a buttery texture. Depending on the wine, if you open a bottle every couple of years, you’ll be able to witness this amazing evolution.

Be aware of vintage variation

Many areas, like Bordeaux, are highly influenced by prevailing climatic conditions – in a given year, or vintage, these can vary dramatically – lending all sorts of different characteristics to the same wine from another year.

In order to experiment, try to buy several vintages of the same wine, in low quantity. Vertical tastings are a great way to understand what you like. For instance, Bordeaux in 2010 – the wines are opulent with a lot of structure, while the following year they were much lighter in style and less aromatic. Ideally you should buy a few bottles from successive vintages. This will also help with planning and replenishing your wine cellar for the years ahead.

How should I store my wine?

Ideally you’re looking for somewhere with a consistent temperature, lower than room temperature but above 10’c. During the autumn and winter months, there may be areas of a garage or under the stairs that fit the bill, but be aware of freezing or rising temperatures in the extremes. Some people look to invest in a wine-fridge to keep their bottles in pristine condition at home, if holding on to them for longer than 12 months.

Davy’s are one of the few companies in the UK to offer professional storage for your bottles in our Victorian cellars, which can be called out when you wish and makes an ideal option for those with limited storage at home.